Hello everybody! This week's post is being taken over by the lovely Kerry Kelvas of Iridescent Souls. She presented an awesome idea to me, instead of asking someone to write about what other stories have inspired them in their writing journey, she's here to discuss how the void in literature has inspired her to write what she's missing. I think that's a great topic and I'm really excited to share with you her thoughts! I am also excited to get to know new people through reaching out for guest posters, I love meeting new young writers and I hope you do too. So, without further ado, I shall let her take over...

After delving into the world of indie writers and bloggers alike, it has come to my attention that many are propelled into their art from an external inspiration, fueled by a fandom of their favorite artist or their childhood hero. This has always caught my attention, not because it was puzzling or something I couldn’t understand. On the contrary, this sort of passion makes a lot of sense to me. However, the amount of people who fit into this category is what surprises me. Due to the overwhelming presence of fandoms, it seems that this is the way to be a writer at the moment, and I’m not a part of it.

I could give you a long list of books that I’ve enjoyed from the moment I started reading to today. However, none of these works or authors have been something that I could identify with completely. Each piece was merely just that - a piece. A portion of a concept or theme or idea that I could appreciate and relate to. I’ve taken these pieces and have made a collage, a map to understanding my unique self and form of expression. They’ve not inspired me to write something in light of the piece, but given me tools that I can use towards my work in progress. So if my inspiration does not come from an artist or book, where does it come from, you might ask? Many things, one of which oddly being lack of inspiration.

For the most part, I’ve been very disappointed with fiction for the past 9 years, since age 14. I found I could no longer connect to the story or the words, each book being largely the product of some formula that an author used to get its way into traditional publishing. When you feel like you could write something better, or something that will contribute the fictional scene rather than follow what already exists, it’s time to pick up the pen and get to work.

It is beautiful when a person can read a book and instantly feel that they are being seen, or delivered to a place they couldn’t get to otherwise. That is, after all, the intention of most writers. It is also beautiful to have that work be an inspiration to create, as I’ve already written in the past, creating for the mere sake of creating is extremely important.  However, I also feel that a person might be doing a disservice to the community, and perhaps even themselves, by only making something based on another thing. It is my personal belief that a person can be of service to the world by allowing their own unique form of expression to come through. For example, The Hunger Games is a wonderful and powerful story, but it already exists. Mimicking its style or theme is fun and helpful, allowing us to flex our creative muscles so to speak. But this only serves a portion of what it means to be an artist. Even if we take certain genres of writing that we prefer, or certain ways of writing, we can still make something distinct.

When I started Metanoia, I was going through an immense change. I was experiencing a culmination of thoughts, feelings, growth, and evolution, and it brought me to a place where I was compelled to dig down deep, pull something out, and make a physical item out of it. If I had any advice to give to someone who wants to write a book, paint a picture, or create anything at all that’s worthwhile, it’s to pause and think deeply about what your soul would look like if it were something you could see with your eyes, and then go make that thing. It may take years, or even decades to develop that vision, but this makes it much more than something fun to do. It gives you purpose, and it is the purest form of art, or at least the purest way to experience art. In doing this, you can put something into the world that could not have existed unless you were here. To me, that is just as important as volunteering at a soup kitchen or donating your clothes.

Ultimately, my inspiration derives from what has not been said and what needs to be. I would like to point out, however, that if it had not been for the works that I have read, I would have nothing in my writing toolbox. It is in this way that our favorite works is essential to the creative process. Overall, I align heavily with the saying ‘kill your heroes’. Idolization can pose the risk of not meeting up to our full potential by inadvertently placing it as something that exists outside of ourselves, rather than something that is already within and waiting to be met. Why try to follow in the footsteps of someone you admire when you can instead walk along side them by forging your own?

Do you have questions or comments for Kerry? Leave them below and be sure to check out her blog, Iridescent Souls (link above). I will be opening up comment response to her, so be sure to leave her a comment! 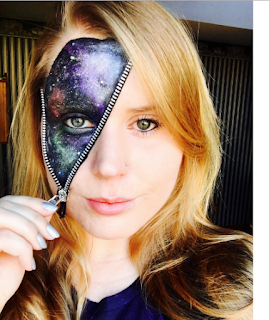 "Kerry Jane seeks to unify the thought behind science and metaphysics. She knows they bring us to the same place and hopes to help others grasp this unifying concept. Kerry is a fan of those brave enough to embrace an alternative lifestyle and while not condemning those who have not grown past the superficial structures of society. She seeks depth in relationships and the practice of living here on our exquisite planet." 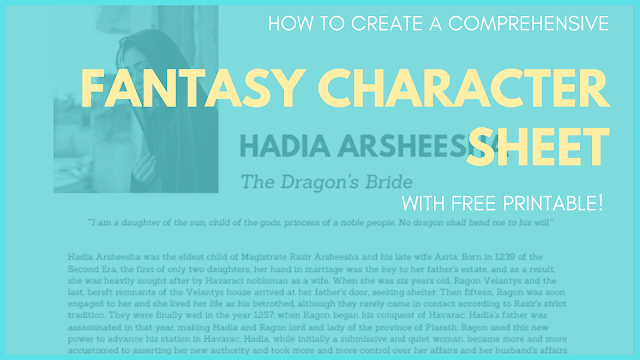 How to Make a Comprehensive Fantasy Character Sheet (with FREE printable!)