The Girl Who Could See BLOG TOUR


Hello everyone! Today I'm here to introduce Kara Swanson's debut novella - The Girl Who Could See. As part of the book's Launch Team, I had the privilege of reading an advanced copy and am now able to pronounce a review of the story for you all, along with taking part in the blog tour and sharing the book on its way into the world. So exciting!! Let's get started! :D

First, a bit about the book (and that gorgeous cover image <3)... 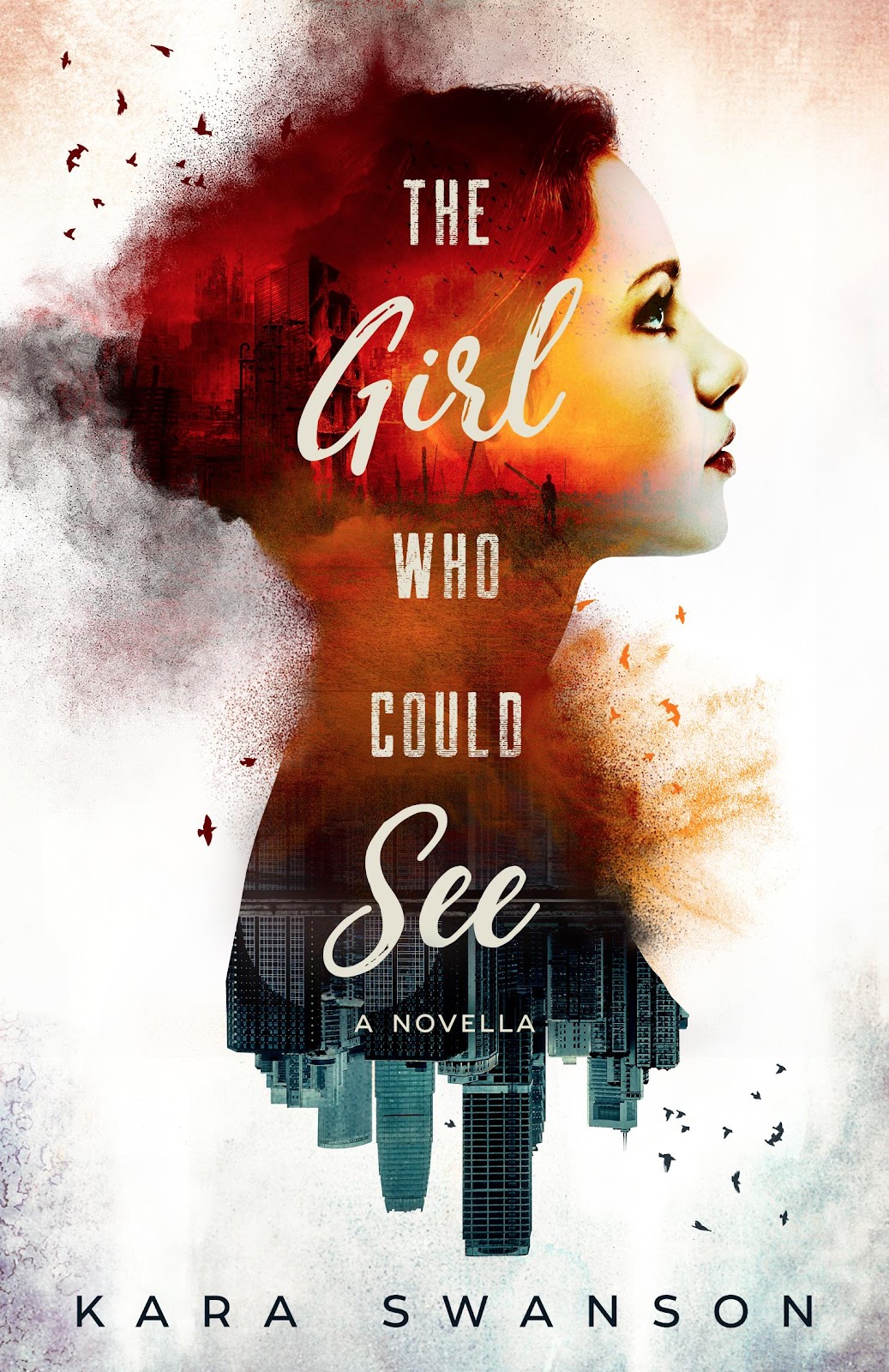 All her life Fern has been told she is blind to reality—but, what if she is the only one who can truly see?
Fern Johnson is crazy. At least, that's what the doctors have claimed since her childhood. Now nineteen, and one step away from a psych ward, Fern struggles to survive in bustling Los Angeles. Desperate to appear normal, she represses the young man flickering at the edge of her awareness—a blond warrior only she can see.
Tristan was Fern's childhood imaginary hero, saving her from monsters under her bed and outside her walls. As she grew up and his secret world continued to bleed into hers, however, it only caused catastrophe. But, when the city is rocked by the unexplainable, Fern is forced to consider the possibility that this young man is not a hallucination after all—and that the creature who decimated his world may be coming for hers.

Now, for a little about the author... 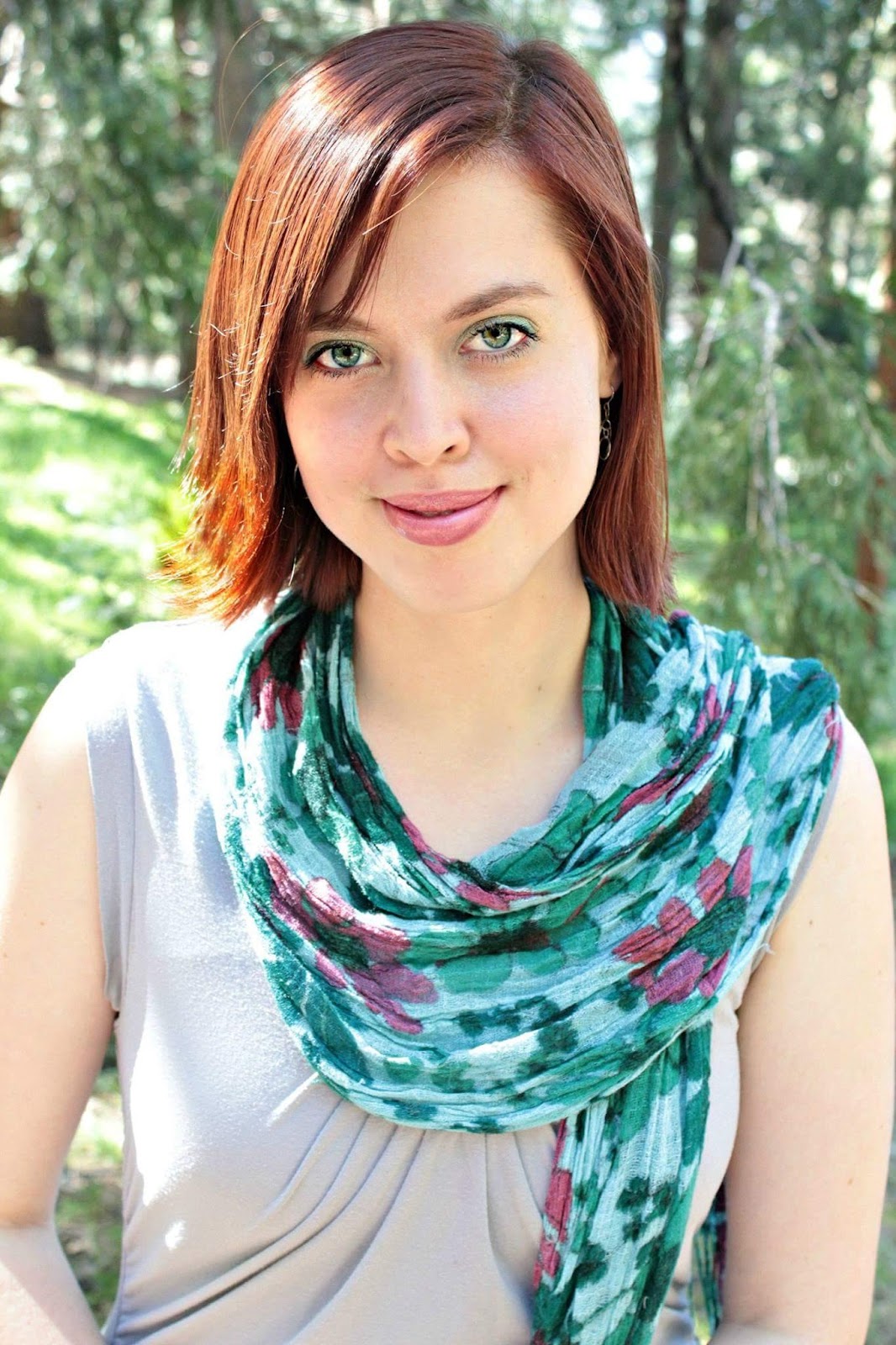 As the daughter of missionaries, Kara Swanson spent sixteen years of her young life in the jungles of Papua New Guinea. Able to relate with characters dropped suddenly into a unique new world, she quickly fell in love with the speculative genre. At seven- teen, she released a fantasy novel, Pearl of Merlydia. Her short story is included in Kathy Ide’s 21 Days of Joy: Stories that Celebrate Mom. She has published many articles, including one in the Encounter magazine, and she received the Mount Hermon Most Promising Teen Writer award in 2015.

Now that introductions are out of the way, allow me to get to my review.


I signed up for Kara's Launch Team after seeing a post about it on Facebook. First off, I am not being influenced by Kara in this review, these are my own words and thoughts. I was given a copy in order to bring an advanced review, which is what I shall now do.

Initially, it was the book's cover that caught my attention. I know, I know, never judge a book by it's cover - but it was so beautiful!!! *ahem* In any case, I clicked on the Launch Team link and read up on the story and the premise absolutely caught my attention. A girl who could see things no one else could, written off as crazy with an imaginary friend she can't shake? Sounds pretty interesting to me.

So I got my copy and dove in and soaked up the world. Kara set a great pace and introduced us to a very intriguing main character. I like how we were given a sense of her struggle with the very realistic "visions" she was having that everyone else had convinced her to believe was her mind playing tricks. Fern Johnson was likable for me from the start because of the difference that set her apart and how she was warring with herself over it. Tristan, her imaginary warrior friend from another dimension, was probably my favorite character though. I must say, his and Fern's relationship was super adorable. *He calls her "Plant-Girl" and it's the sweetest thing ever* *dies*

The action really picked up fast, with a disease from Tristan's world poised to seep into Fern's own. The beginning struggle was her accepting belief in him, which I really enjoyed. I liked her hesitance, her desire to cling to what she had been told was real, yet the deeper knowledge that she wasn't crazy, that she was more right than they knew.

I can't go into much more detail without giving away spoilers (which I don't want to do - you need to go read the book for yourself of course), so I'll wrap up with my one complaint: I wish there was more material to fill it to novel-length.

While Kara paces her story very well, revealing crucial plot points and twists in a timely manner, I definitely feel that the story needed more space, more space to grow and expand the world. Granted, Kara did a wonderful job making me fall in love with her characters in such a short span of time - which is very impressive.

Now all I need to do is come up with a ship name for Fern and Tristan...Tern? Ferstan? Hmm... 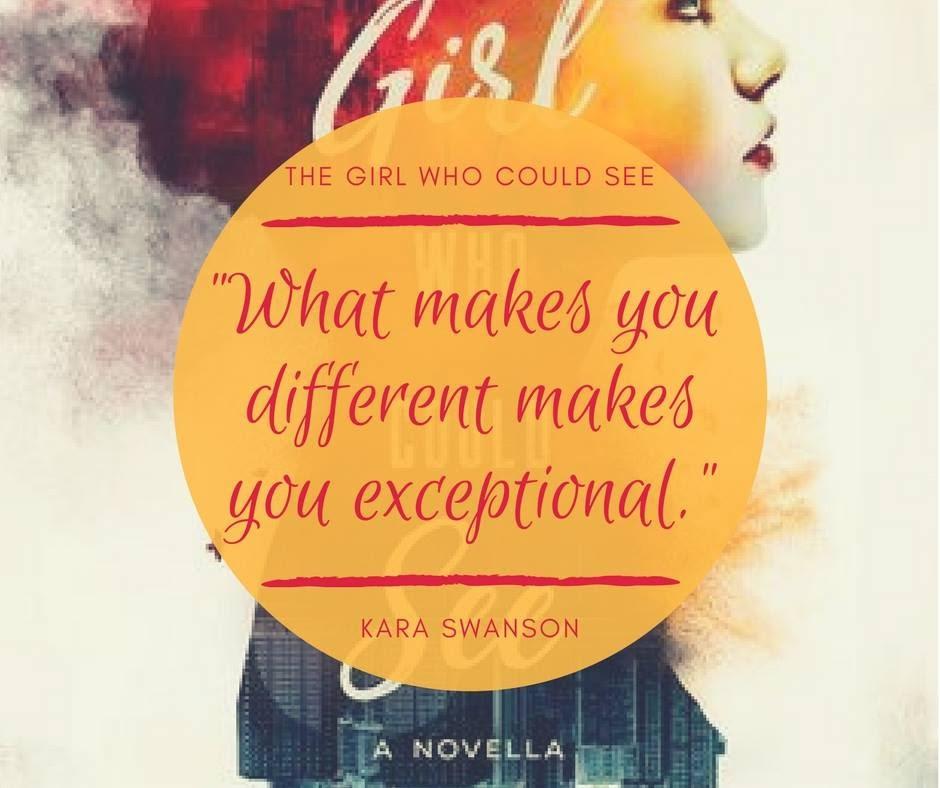 Now, the amazing Kara has planned a really cool scavenger hunt blog tour for you all. And I am the second stop for said blog tour, the first being over here.

Here is a clue for your collection from the week! :DD 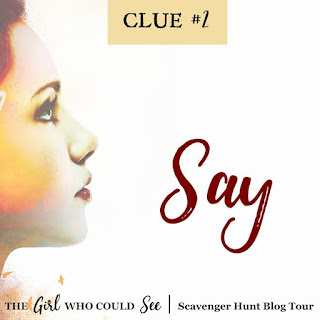 Keep on hunting onto the next blog! Here is a handy-dandy list of blog tour stops for you to preview on your quest to collect all the clues...

And, finally, here are ALLLLL the links. Pay special attention to the "buy link", it's the best one, trust me. ;)

That about wraps things up for me. Thank you so much for swinging by this stop on the blog tour - Kara is an amazingly talented young writer and she deserves your full support! Get behind her and her book, it is well, well worth it.

Congratulations on your release, Kara! Onto the next stop...
Labels: 2017 blog tour indie author indie books indie publishing kara swanson the girl who could see